Nintendo Monopoly is a licensed board game based on the classic board game Monopoly. The board game features references of Nintendo intellectual properties including: Super Mario series, The Legend of Zelda series, Yoshi series, Metroid series, Kirby series, F-Zero series, and Star Fox series.

During gameplay, Nintendo characters are used as properties instead of real-world locations. Super Mushrooms (referred to as "Power-Ups" in-game) are used in place of houses, whereas Stars ("Invincibilities") take the place of hotels. 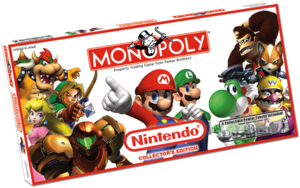 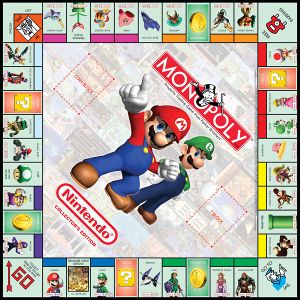 Layout of the board 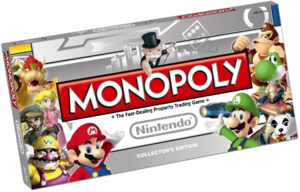 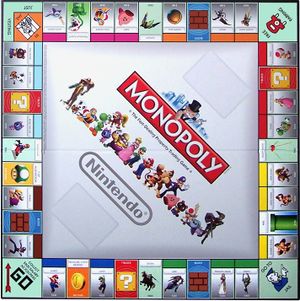 The new set of tokens.

The 2010 version contains some notable changes: