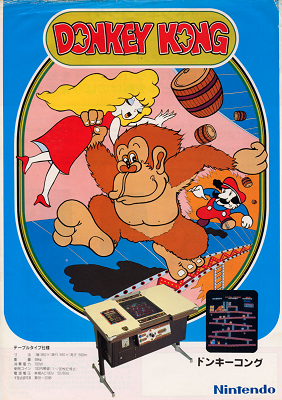 This article is a list of Nintendo franchise based arcade games.

This list is courtesy of (sources linked): NinDB, Super Mario Wiki, Bulbapedia, Arcade-History.com and has been combined/modified with new additions.

Notes: The Nintendo Vs. Systems have additional third party franchise entries which are not listed in this article (but are appear in the previous link's article), however could be argued to have been published by Nintendo. Curiously, VS. Raid on Bungeling Bay; Will Wright's inspiration for SimCity includes a Nintendo copyright notice on the title screen.