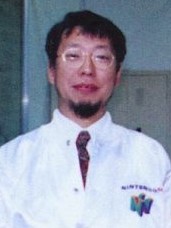 Takashi Tezuka is a video game designer who was born in November 17, 1960, in the Osaka Prefecture and attended the Osaka University of Arts. Tezuka was the main designer alongside Shigeru Miyamoto since Research and Development 4 was created in 1984. He has been helping him since Super Mario Bros. and continues to do so.

He was the general manager for Nintendo Entertainment Analysis and Development, originally called R&D4, until 2013. Tezuka has been a director, co-director, designer, producer, and supervisor of a number of Mario games, Yoshi games and The Legend of Zelda games. As a long time designer and director, Tezuka began producing and co-producing EAD titles in 1997. In 2013, he gave his position as general manager of Nintendo EAD to Katsuya Eguchi, becoming a Senior Officer in the division. In 2018, he was made an executive officer on the Nintendo board of directors.

Mr. Tezuka served as producer during the development of 'Animal Crossing' and Pikmin 2 for the Nintendo GameCube. Furthermore, he assisted with several of the initial Nintendo DS tech demos that were on display during the 2004 Electronic Entertainment Expo.