The Legend of Zelda: Encyclopedia 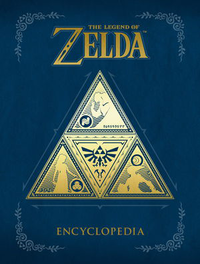 This book was released in celebration of the series' 30th anniversary.

The book was published by Dark Horse Books in North America, Tokyopop in Germany, Norma Editorial in Spain and Magazzini Salani in Italy.