From NintendoWiki, your source on Nintendo information. By fans, for fans.
(Redirected from New Game Design)
Jump to navigation Jump to search 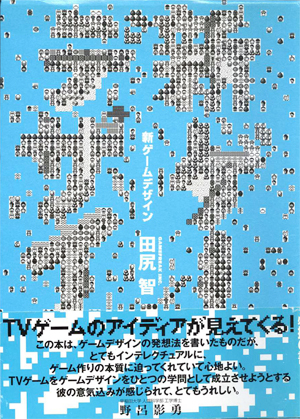 Shin Game Design (usually known in English under unofficial literal translation New Game Design), ©1995 Satoshi Tajiri (ISBN4-87025-858-7) is a book written and produced by Satoshi Tajiri, the creator of the Pokémon franchise about the process of video game creation, video game company works such as games and hardware from Nintendo, the history of Game Freak, as well as a brief mention of the upcoming Pokémon Red and Green.

This includes a summary of the game, some relatively very early prototype sprites from the game on the front cover and back cover[1] and two close to final release prerelease screenshots with an unidentified border.

The book also includes color fold-out pages of a few games by many companies, in chronological order.

The book is valuable and has only officially been released in Japanese.

Third party series with at least one Nintendo published game[edit] 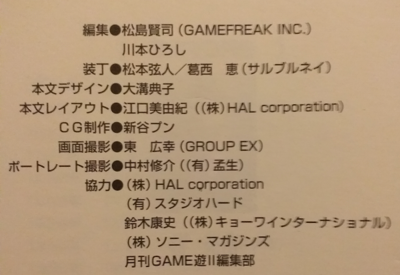